Headcrash received some new hardware and a system wipe so I could install a fresh copy of Windows 2003 Server on it. It’s now serving as a test bed for various applications and experiments, like running IIS and Apache on two IP addresses on the same box with Microsoft SQL Server 2000 and MySQL databases on the back end.

It will also be running Quake ][ Devastation, Quake ]|[ Urban Terror and Counter Strike when the fellas come over…

I ran another benchmark series on the RAID-5 array connected to the 5304 RAID Controller that’s now running at 64-bit 66MHz goodness in its extended PCI slot on the new motherboard:

The thing runs 25% faster than it did on the other motherboard. It hauls ass, I tell ya.

The Dually PIII system was getting a little long in the tooth, so I decided to replace it with a dually AMD system. I had a minimal budget for this setup so I had to do it on the cheap, which included many weeks getting outbid on eBay in order to collect the parts. 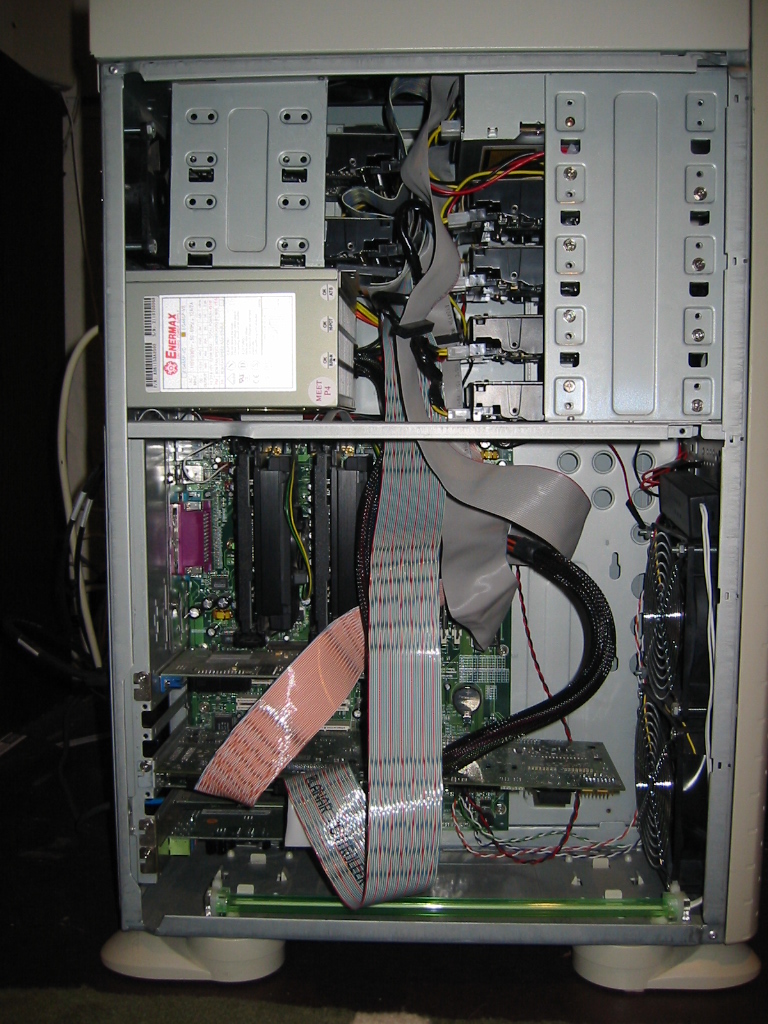 Headcrash as it existed before the upgrade, with the Tyan Tiger PIII Dually motherboard and six U-160 SCSI drives on two channels. 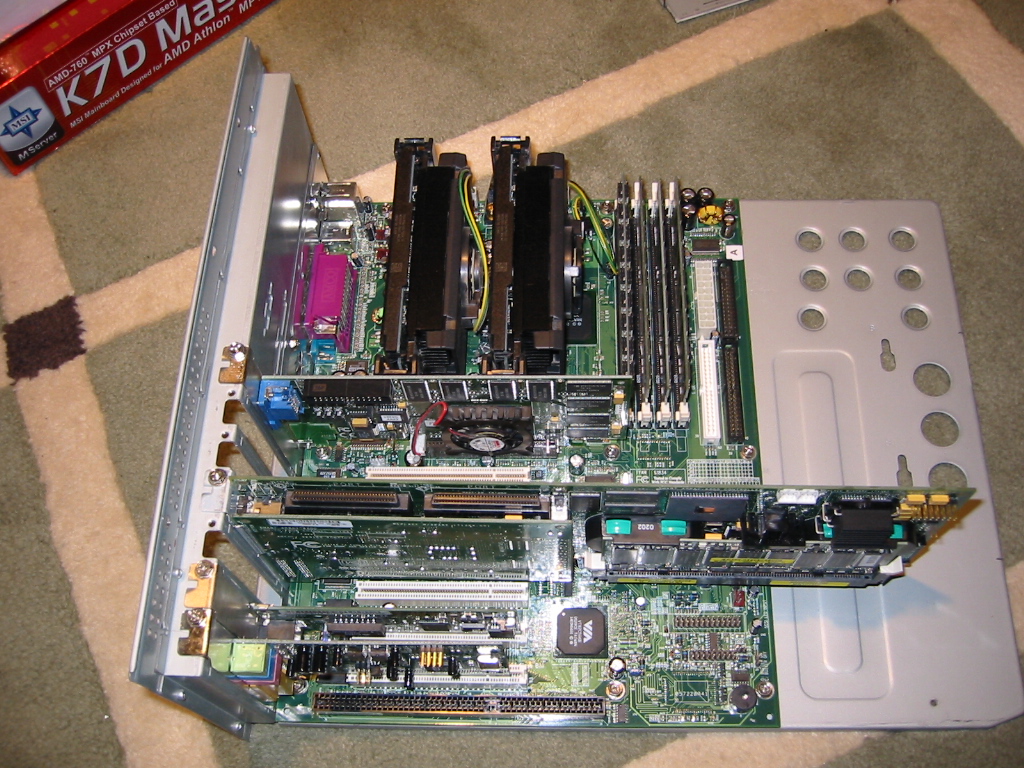 Pulling out the motherboard tray. The Compaq 5304 board fits into a regular 32-bit 33MHz PCI slot, but really dangles off the end, doesn’t it? 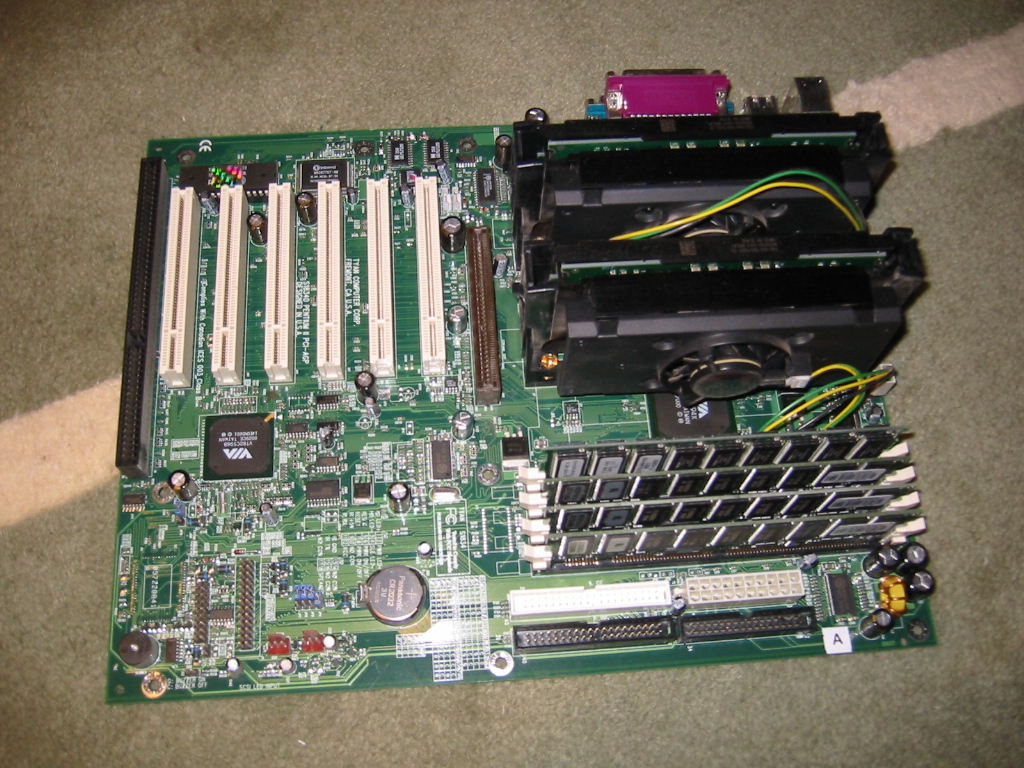 The old Tyan motherboard, stripped of everything except RAM and the processors prior to sale. 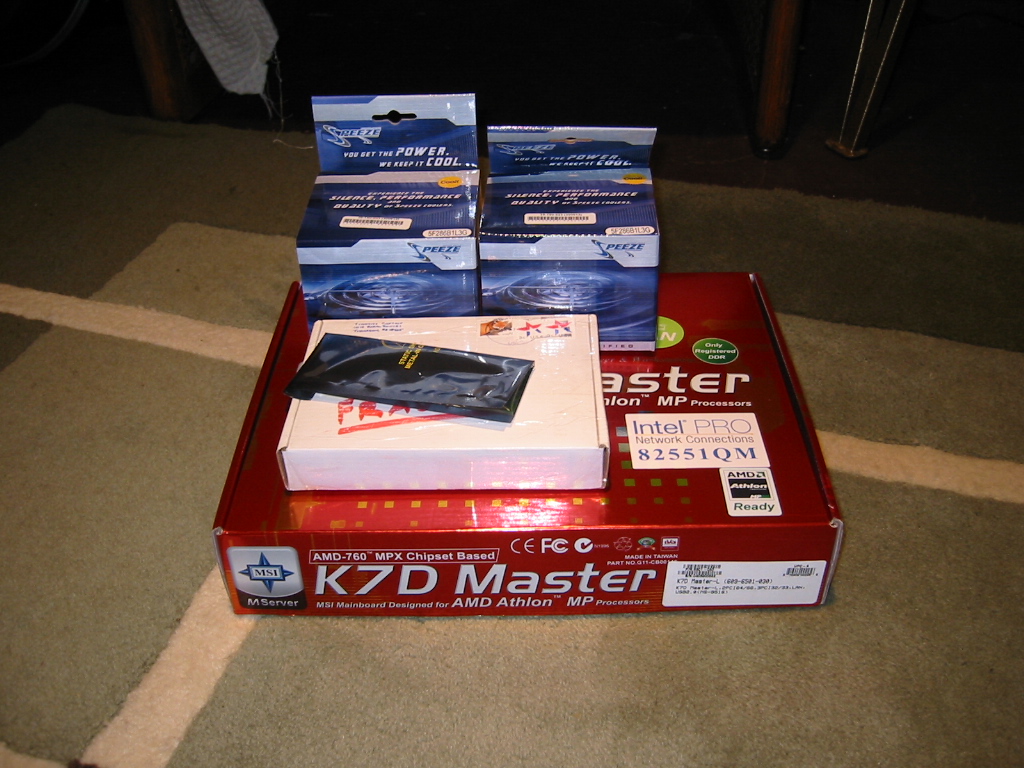 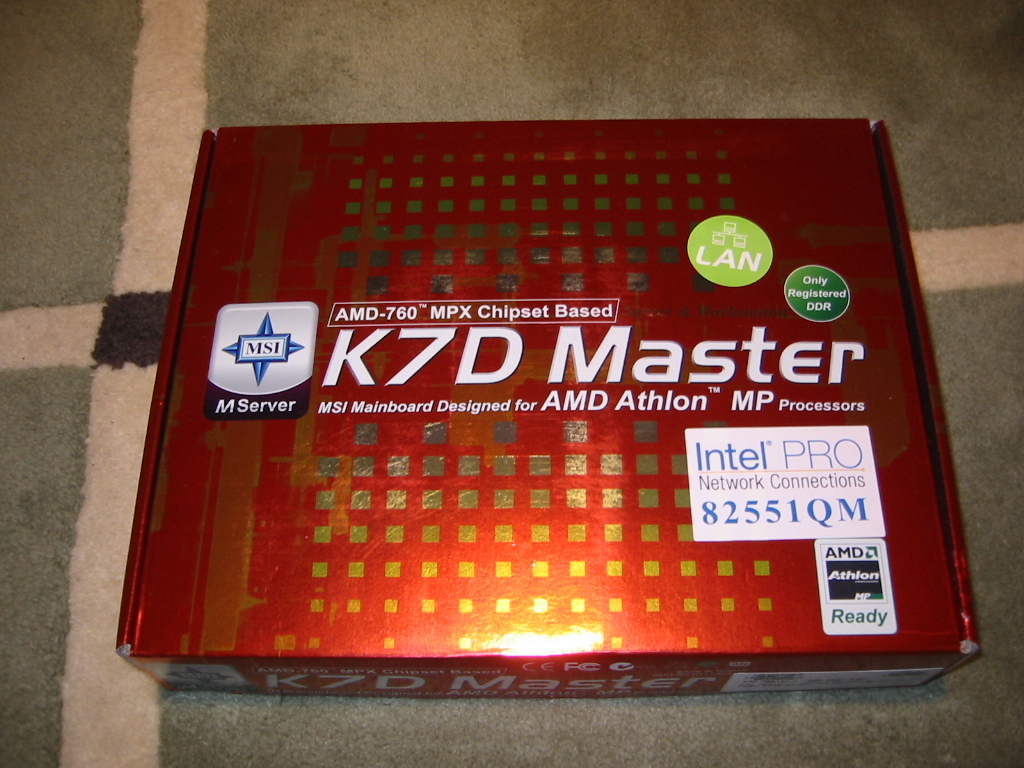 The new MSI K7D Master-L motherboard with integrated AC97 audio, Intel 10/100 LAN and spiffy red PCB. The two long slots are the 64-bit/66MHz PCI slots, the new home to the 5304 RAID controller. Running that thing at full speed instead of on a 33MHz 32-bit PCI slot should do wonders for hard drive performance.

The two MP 2000+ processors, acquired for pennies on the dollar. Thank you eBay! 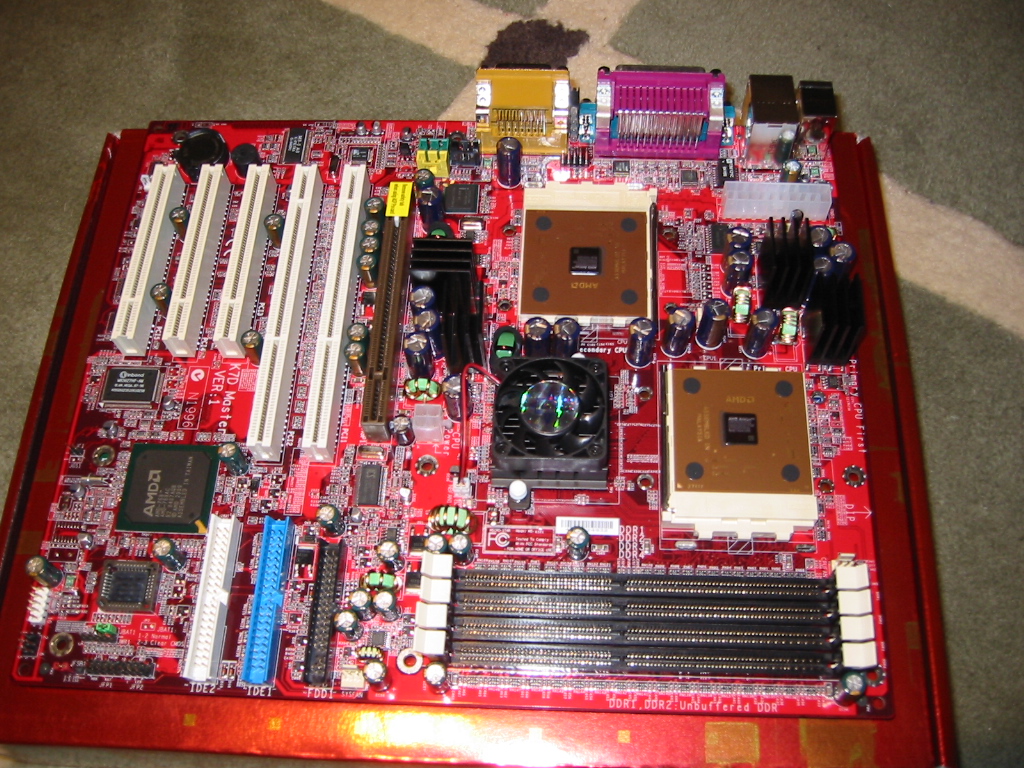 Processors in their sockets. 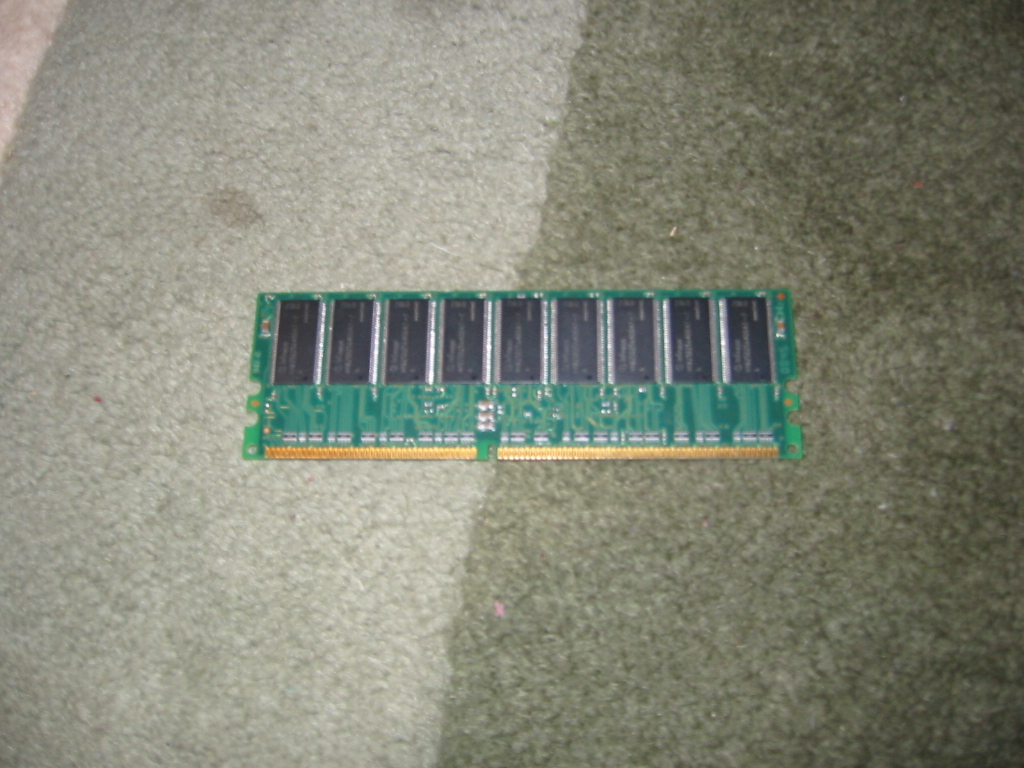 One stick of Kingston PC2100 Registered ECC DDR SDRAM. I’m not overclocking this rig (SCSI controllers don’t like to be overclocked) so I went for solid error-correcting RAM instead of overclockable PC2400 or PC2700. 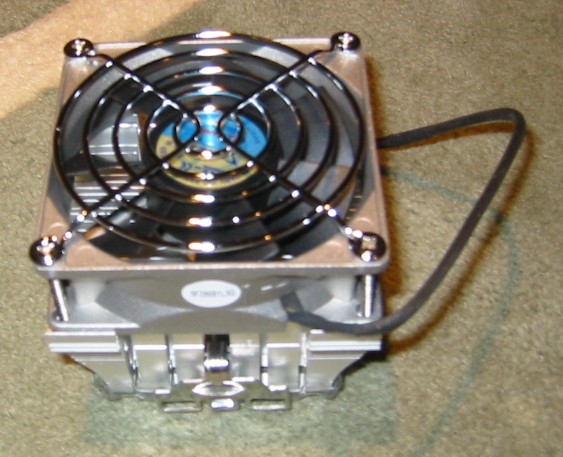 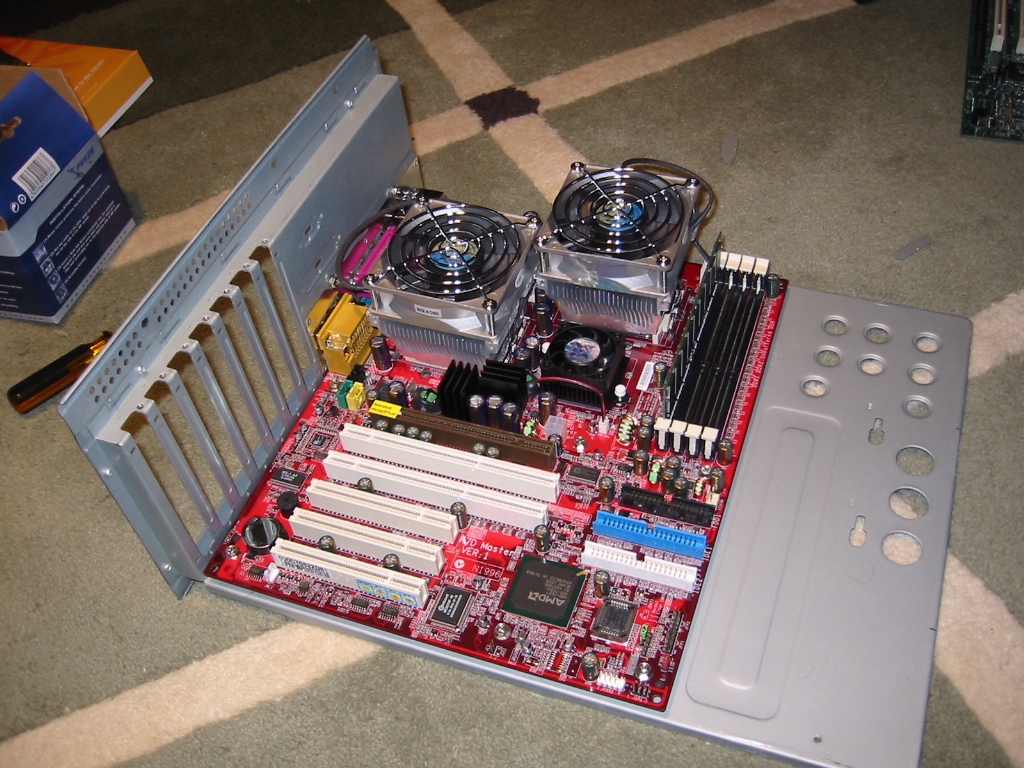 The motherboard mounted in the HX08 motherboard tray with RAM, processors and heatsinks installed. 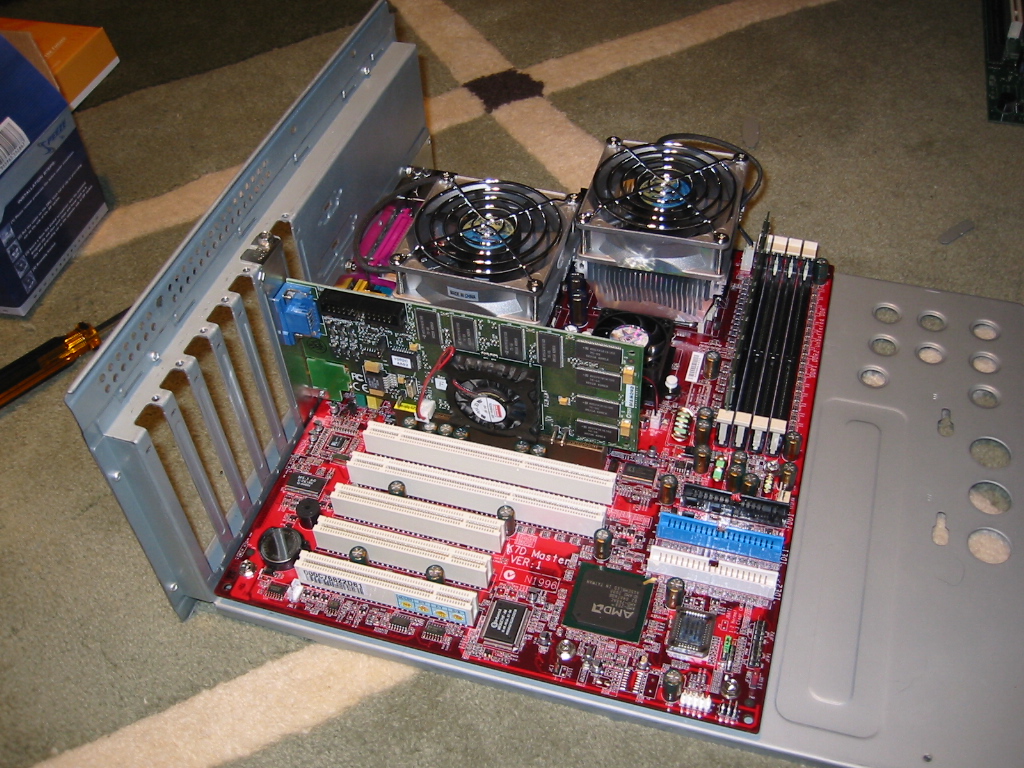 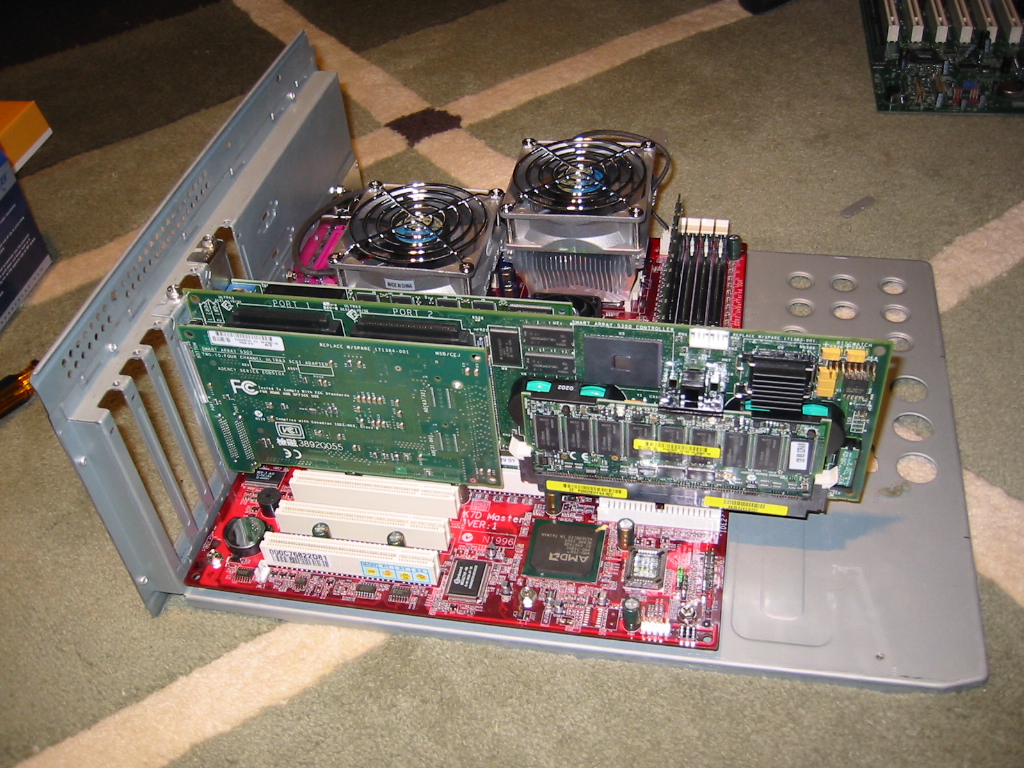 The 5304 card installed in the full-length slot. It still hangs over the end… 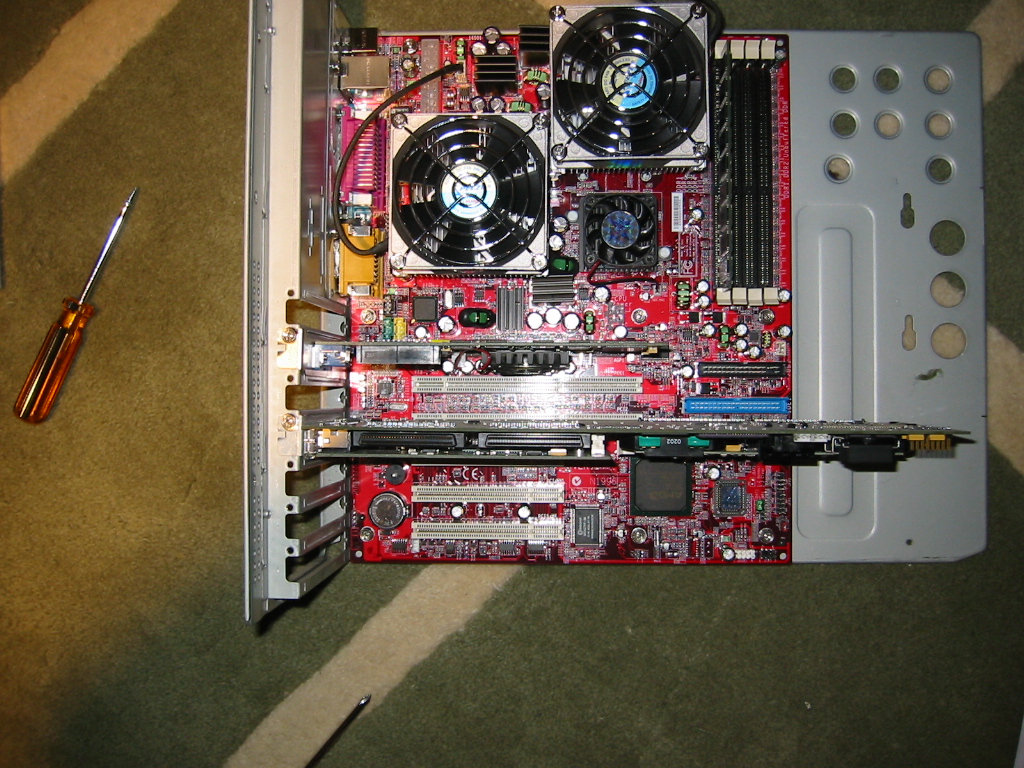 Another shot of the 5304. It almost perfectly blocks access to the two IDE ports. 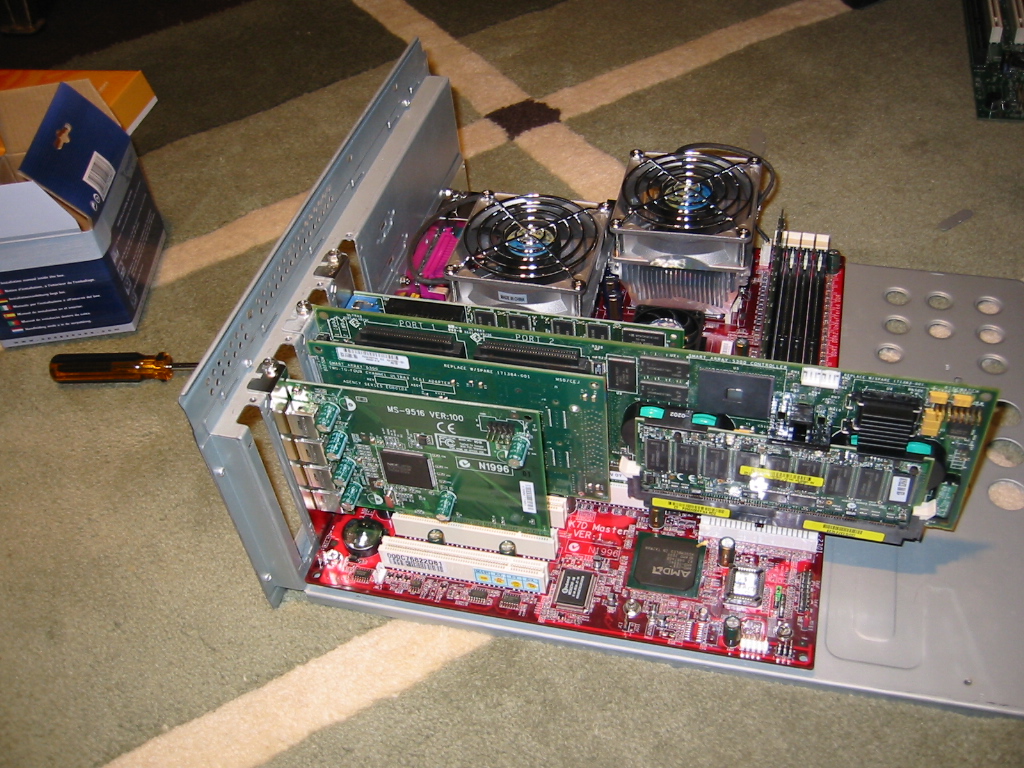 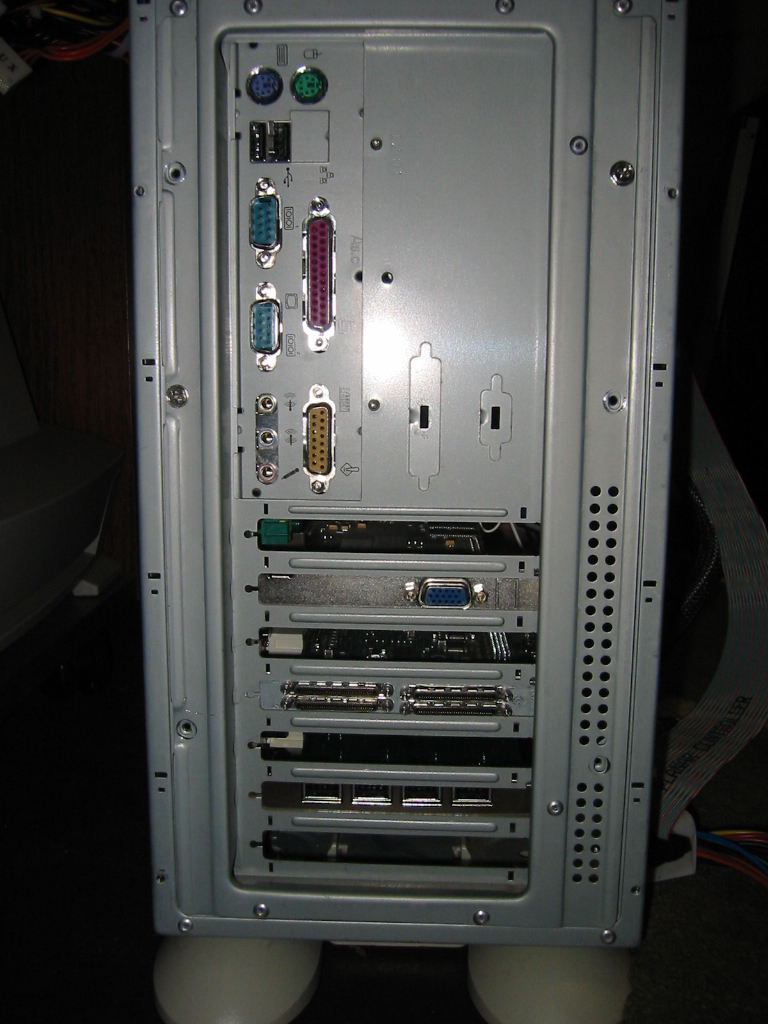 A back shot of the motherboard tray installed in the case. I left the empty PCI slots coverless to allow air to flow past the cards and out of the case. 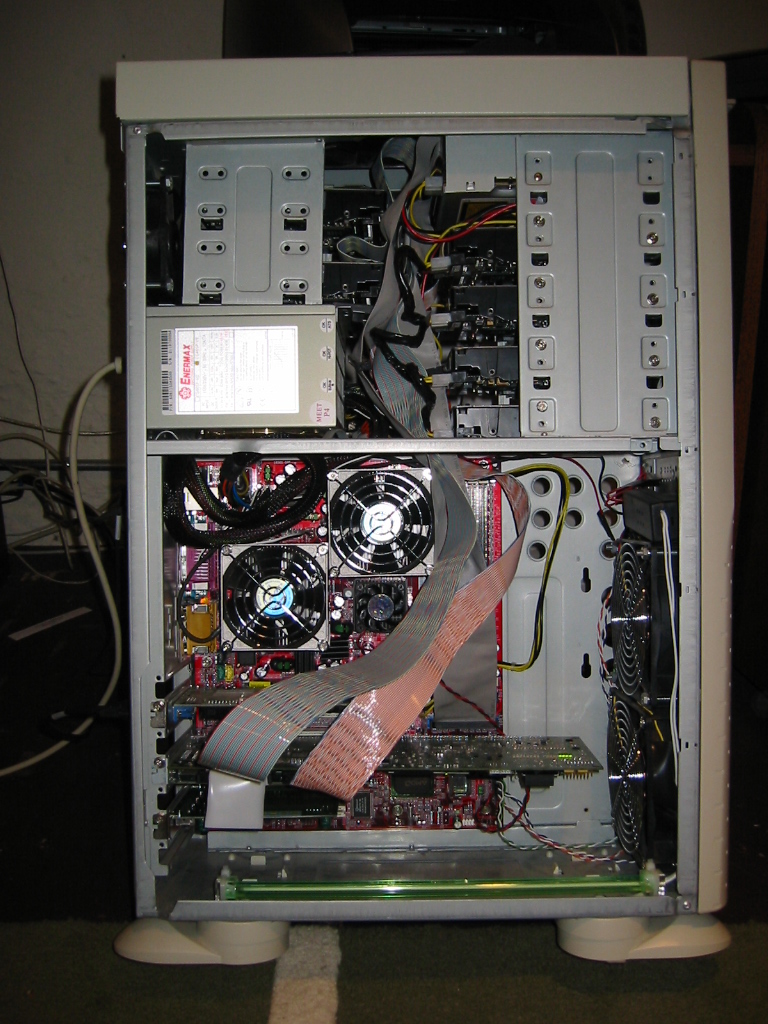 The new Headcrash. It still needs some wiring and ribbon routing work, but it’s up and running Wn2k3 server. two drives for system and swap files, four drives for RAID-5 storage.

Did some more work developing these pages for our Traveller RPG campaign and put up the crew of the Serenity. Check out the Twilight’s Peak campaign log.

Kicked off the Twilight’s Peak campaign tonight with two player characters, Sir Nicholas Ranier and Lynx. I’m putting up this web page to keep track of events as they unfold. The campaign log will be up soon with background information and the initial events.