Plague has moved to the datacenter to host Rainwalk.net so I bought a new Supermicro SC822i 2U case for it.

I took a few pictures while I was setting it up: 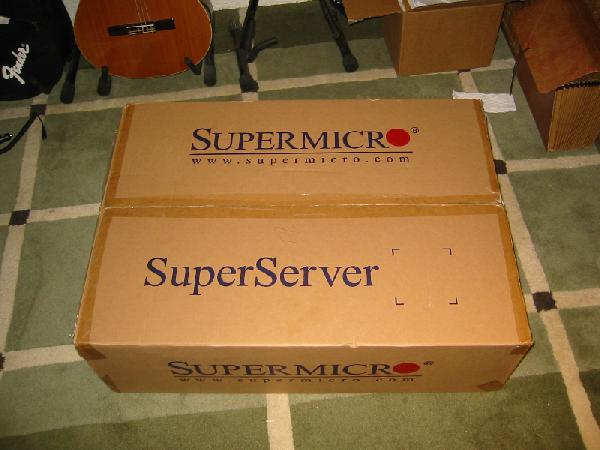 The box it came in. Big. Brown. Expensive.

The back. Plenty of exhaust venting for airflow over the motherboard. 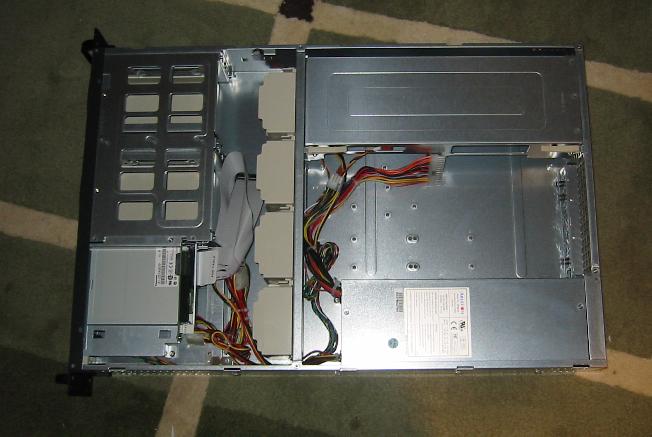 The insides. the four 80mm fans are screwless mounted in special brackets that allow drive cables to pass between them. 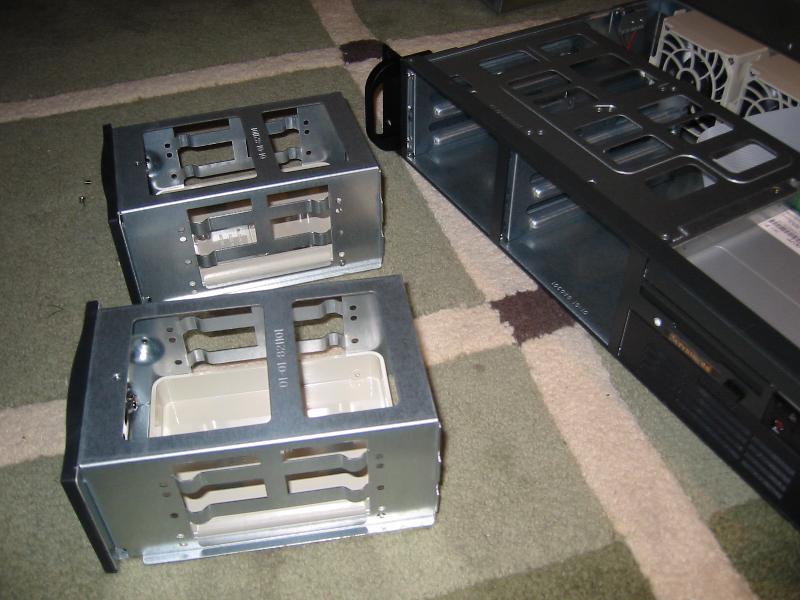 The drive cages removed. Removing them requires removing screws from strange places. Swapping out failed drives is going to be a pain. 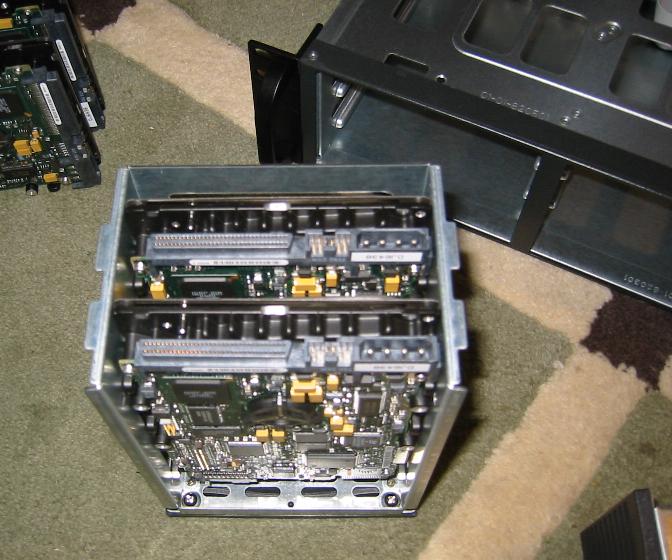 Two drives in the bay. Screw holes in the brackets allow for two drives mounted with plenty of airflow between them or three drives snugged up tight. 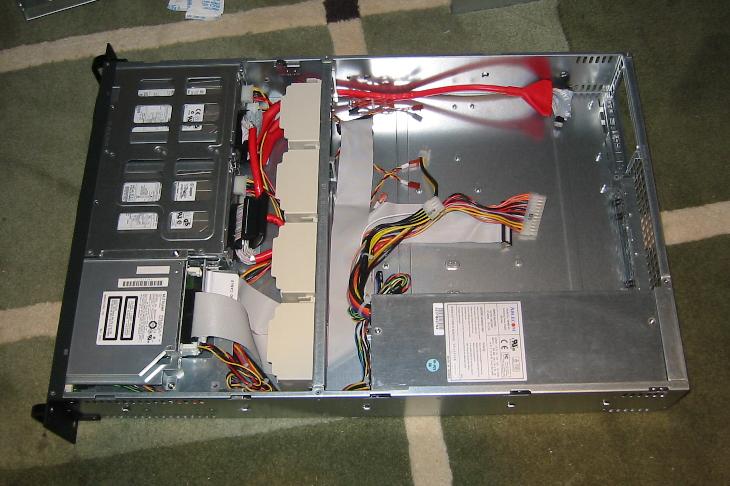 Drives mounted and cables. Not much room but careful cable management allows for good airflow. 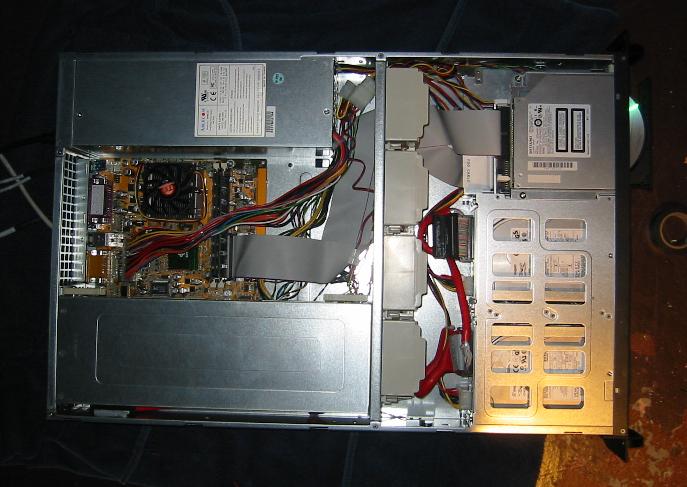 The final product. Cramped! The power supply cable barely reached the power header on the motherboard and required some serious stretching to make it reach.

The riser card placement gave the SCSI RAID card barely enough room to plug in the top mounted cable. Screwing in the card into the bracket required really jamming the cable top into the side of the case to make it fit.

I have mixed feelings about this case. I knew it was going to be tight since it was a 2U case, but the lengths of the power cables and LED leads weren’t the greatest. I imagine that these lengths would be perfect for any Supermicro board, but make it hard to work with other hardware.

As far as cooling goes, the four 80mm fans really move some serious air. Holding your hand in front of the drive bezels, you can really feel the air getting drawn in and over the hot-running SCSI drives. Unfortunately, this same hot air is then drawn into the heatsink and then forced back and out of the case. My average CPU temp sits at 40C in normal usage with system temperatures hovering around 28C. Not the greatest temperatures, but the system is running one of the hottest running processors known, and isn’t overclocked, making it more resistant to higher temperatures.